Stop by the Archives Project headquarters in the French Quarter for some complimentary wine and hors d'oeuvres, and learn how we're working to get LGBT+ history out of the closet. View our exhibit, which includes vintage Gay Carnival photos, a timeline of local LGBT+ history, Southern Decadence memorabilia, video footage of "Just for the Record," and more! Special offer: visitors will have a chance to win a two-night stay at Harrah's Hotel, and dinner for two at The Steakhouse.

A Minor Accident of War (film screening and panel discussion)

Join us for a screening of a 15-minute long animated film Minor Accident of War, based on a poem by writer and poet Edward Field. Field, 95 and a longtime resident of New York City, flew 27 missions during World War II. Twenty years later in 1965, he wrote a poem about one of those harrowing missions on February 3, 1945. On his third of 27 missions as navigator in the 384th Bombardment Group, his plane, The Challenger, got hit by flak and crashed into the North Sea. Of the 10 crew members, three lost their lives; one of them gave up his life for Field.

A panel discussion will immediately follow the film screening with First Lieutenant Field and the filmmakers.

Edward Field, an Academy Award-winning writer, is also an acclaimed author and poet. He is regarded as a significant voice in LGBT literature and the literary world in general.

He was inducted into the New York State Senate Veterans Hall of Fame in 2018 and recognized by SAGE, the country's largest and oldest organization dedicated to improving the lives of LGBT older adults.

This event is in partnership with the WWII Museum and New Orleans Advocates for GLBT Elders (NOAGE). 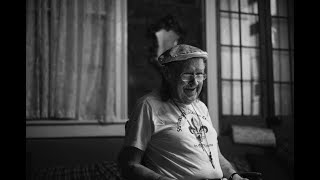